Thoughts on Death in Paradise

Running a little behind on this one but I've only just managed to watch the final episode of series three. As I wrote last year on hearing the news of Ben Miller's departure, I wasn't sure that the show could survive without him. Well, it survived and has been commissioned for a fourth series but is it as good? I'm sorry but nope, not nearly as good.

Let's start with the way they dispatched DI Richard Poole (Miller). It was disrespectful to the fans to treat him like just any other murder victim, not allowing him any closure with Camille (Sara Martins), for instance. While I liked the fact that he solved his own murder from beyond the grave, it was wrapped up far too neatly and he was literally never mentioned again. I know this is light and frothy murder but the death of your superior officer, especially one you were falling for in Camille's case, has to have after-effects. It made the rest of the series seem like an exercise in brainwashing: DI Poole never existed, look - here's Humphrey! 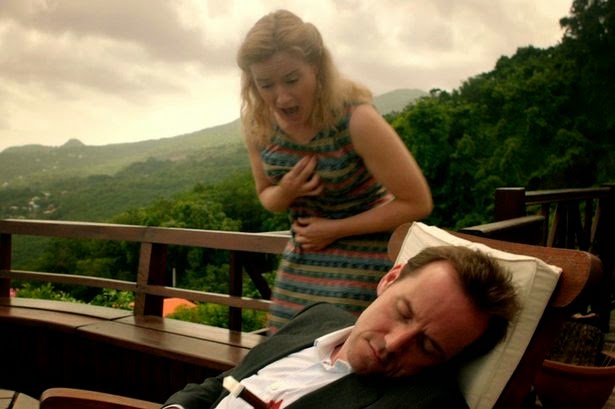 What of DI Humphrey Goodman (Kris Marshall) himself? Well, I suspected the fish-out-of-water scenario would disintegrate and it did. Instead, the hook they hang everything on is Goodman's accident-prone nature. It might've been funny the first few times but it's already a trope - I dread to think how tiresome it'll feel by the end of the next series. When he's not appearing ridiculous, Goodman's not actually too bad a character but he's bland, very bland. It feels like his accidents and his riddles are the only glimmers of personality allowed to him. Oh, apart from the Camille thing...

Perhaps this is the part I most resent. Pushing a romance between Goodman and Camille was stupid but it was evident all series. It disregards Camille's will they/won't they romance with Poole and gives the impression that the writers just had to have a potential couple as their leads. They didn't. A friendship would've worked very well on its own, which is why I actually screamed when Goodman's wife decided not to join him in the first episode. It was being shoehorned into the plot and, quite frankly, it felt stupid. Maybe if they'd given it a few series the relationship would've developed properly. As it is, when Goodman revealed his feelings to Fidel in the final episode I just rolled my eyes. 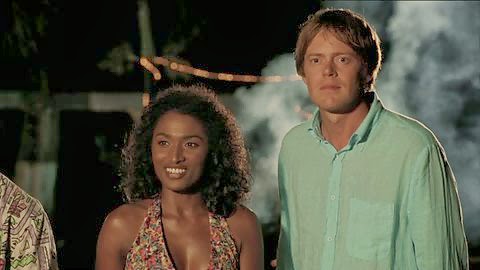 So, to recap. If you kill off your protagonist, don't pretend as though he never existed afterwards. If you have cultivated a relationship between two characters and one dies, don't pretend he never existed then either. Create characters using more than a few bullet points and do not devalue your fan base by forcing romances to develop. Oh, and as an extra, I know that the thrill of murder mystery shows is working out who did it and how but I figured it out within the first few minutes on three occasions this series - not an incentive to keep watching.
Posted by CharmedLassie at 13:05

Captures everything I've thought. No point saying they had to kill Richard as it would have been out of character for him to choose to leave- then have everyone act out of character in the aftermath of his death!