Mogambo stars Clark Gable as Vic Marswell, a big game trapper in Kenya. His equilibrium is disturbed first by the arrival of Eloise 'Honey Bear' Kelly (Ava Gardner), a woman who arrives for a safari only to find the man she was meant to be meeting has stood her up. An immediate attraction springs up but Vic is determined to get rid of Kelly on the next boat and get back to normal. However, that doesn't work when the boat is shipwrecked. In the meantime, married couple Linda (Grace Kelly) and Donald Nordley (Donald Sinden) arrive for their safari. Demure Linda also catches Vic's eye, causing tensions as the group travels up to gorilla country.

Ava Gardner steals this film from Gable. Every scene in which she doesn't appear is lifeless. She brings an energy to the screen that's sadly lacking in the rest of the film. Kelly's fish-out-of-water tendencies are brilliant, especially her introduction to Joe, the camp snake, and her 'cute pussycats' moment near the big cats. However, her scene with a baby elephant and a baby rhino is probably the highlight of the film. Grace Kelly isn't boring as such but the character is. There's never a sense that Linda and Vic belong together, making their romance very difficult to stomach. On the other hand, Kelly's boisterous nature is in complete contrast to Vic with his work ethic, creating a very well-suited pair. Equally, the supporting character of Brownie (Philip Stainton) works well in scenes with Kelly.

The other major character in Mogambo is Kenya. The time spent on location was certainly worth it, creating vivid and memorable scenes. However, the difference between the location shots and the studio ones are so obvious at times that it's off-putting. Like many films of this era, it treads a tightrope between location and studio and sometimes comes up short. The inclusion of native tribes creates some odd interludes with no bearing on the plot but which, I suppose, add to the overall authenticity of the film.

What makes Mogambo exciting is, quite simply, Ava Gardner. What diminishes the power of the film is the lacklustre relationship between Vic and Linda and Donald Sinden as Nordley, who is either completely miscast or the character is just flat and useless. Every memorable moment in this film comes from Gardner. Apparently John Ford was irritated about having to cast Gardner in the film and yet she turns out to be one of the only highlights - how amusing! 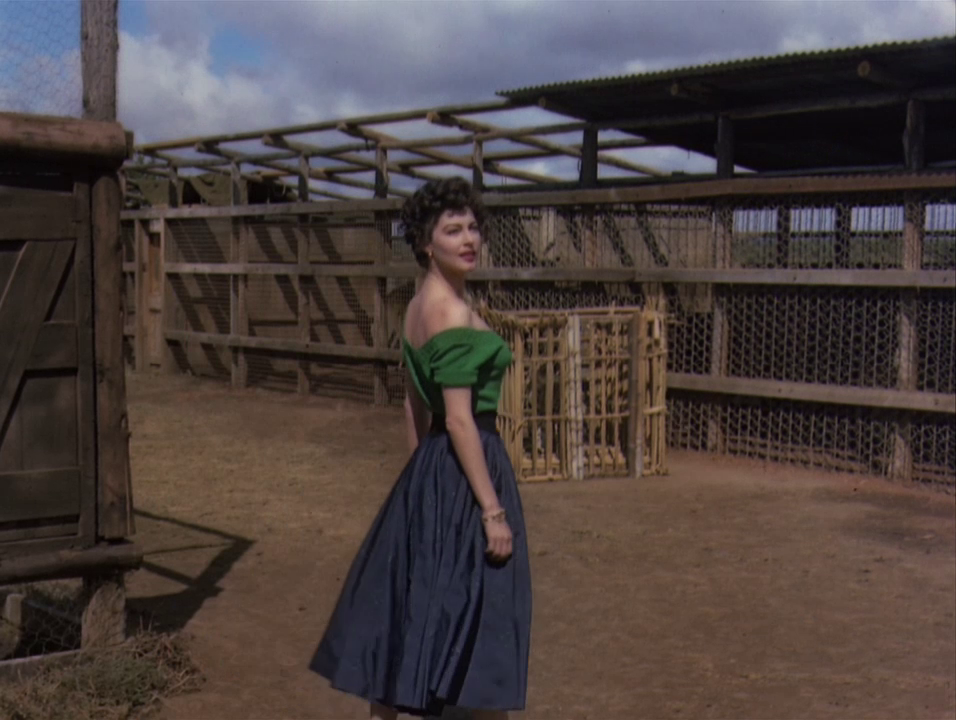