Morning Glory stars Katharine Hepburn in her Oscar-winning performance as Eva Lovelace, an aspiring actress who travels to New York trying to get her big break. When she arrives she meets producer Louis Easton (Adolphe Menjou) and writer Joseph Sheridan (Douglas Fairbanks Jr), beginning a life that will at first disillusion her then offer her success. Rounding out the cast is C. Aubrey Smith as Hedges, the first friend Eva makes in New York, and Mary Duncan as Rita Vernon.

If the plot sounds remarkably similar to one I've reviewed recently - Stage Struck (1958, reviewed here) - that's because they're adapted from the same source. As a consequence, it's really difficult not to compare them. I described Susan Strasberg's performance as 'abysmal' in that and, while the character is annoying in places, Hepburn brings a little more maturity to the part. Eva is still incredibly naive and a little bit of a chatterbox but Hepburn doesn't overplay it. Because I've seen Hepburn in similar fast-talking roles, it's not a stretch to believe Eva is real. That said, there are moments of complete over-acting, particularly in the final scene that ricochets away from believable towards the end.

Douglas Fairbanks Jr is very good as Sheridan. The scenes where he reveals his feelings for Eva, first to Easton then to Eva herself, are delightful. Equally, Menjou is good as Easton. The interactions between the three major players are very solid.

Where the film falls down a little is the length. As a relatively short film, it has to cut out a lot of 'superfluous' stuff. As a consequence, Eva disappears from her own film for a bit and the romance between she and Sheridan misses out on the development it gets in Stage Struck. Bringing her out as an alternative to the star may be a neat way of surprising the audience but it didn't work for me - I wanted to see how they got to that point.

Ultimately, this is a much better version of the story and Katharine Hepburn sparkles. It meanders a little during the set-up and rushes itself towards the end but it's a good film to spend seventy five minutes with. 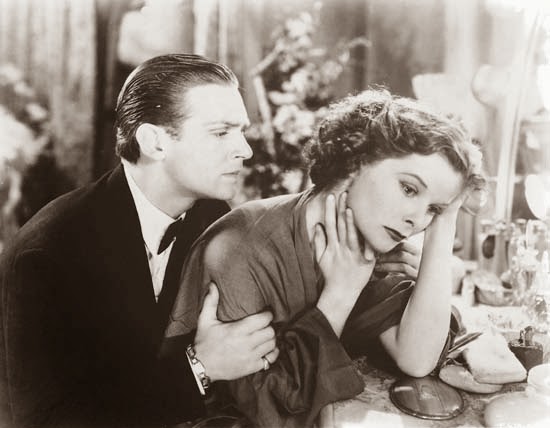