Born to Be Bad stars Joan Fontaine as Christabel Caine. After living with her poor Aunt Clara (Virginia Farmer) for most of her life, she moves to train as a clerk for her rich Uncle John (Harold Vermilyea). His current assistant Donna (Joan Leslie) is giving up work to marry the philanthropist Curtis Carey (Zachary Scott). When Christabel arrives she is physically attracted to novelist Nick Bradley (Robert Ryan) but also Curtis's money. Her kind, unobtrusive exterior masks a calculating young woman who is determined to get the kind of life she wants.

I was interested to see Fontaine as something of a villain. My previous experiences with her have been in inherently 'good' roles in films such as Rebecca (1940) and Jane Eyre (1943). However, the role suited her very well. Christabel is a complex character, saying one thing and wanting another, and Fontaine managed to pull this off with subtlety, particularly in the second half of the film. She was a manipulative character who, nevertheless, I half-wanted to see succeed but, ultimately, she can't be happy if she is sacrificing half of herself to fuel the other half.

I wasn't too sure about Robert Ryan as Nick. For me, he overplayed it in places. He was much more believable when he was being harsh and cutting. As soon as the character moved to expressing emotion, I lost a little interest in him. I also struggled with Zachary Scott as Curtis in places but this was due to the about-turn the character makes in the middle of the film with little warning and no real motivation. My favourite male character was probably painter Gobby (Mel Ferrer), a man who sees all and practically sees through Christabel from the start. He adds a little light humour to what could've been a heavy film. In addition, Joan Leslie as Donna was brilliant and I adored the scene where she confronts Christabel.

In places, this film is very clever and expertly put together. I don't think that Born to Be Bad is the best film any of those involved did but it unashamedly allows Christabel a decent ending, something I wasn't expecting. Overall, an enjoyable film. 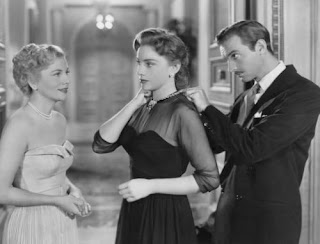