Learning that The Paradise has been axed, I have to say, I wasn't too surprised. Don't get me wrong, I enjoyed it a lot. I reviewed the first series on here but didn't have time to review the second. The thing is, the second series seemed much less ordered than the first. By the end of it, with Denise (Joanna Vanderham) starting her own business away from the department store, there was a sense of fragmentation. And, also, I'm afraid, of things having progressed a little too quickly with Denise going from shop girl to department head to running her own business with undue haste.

I think the resolution of Miss Audrey's (Sarah Lancashire) storyline in the first two episodes of series two was a real problem for the programme as a whole. However, it was nice to see her ride off into the sunset with Edmund (Peter Wight). Then again, his dithering and returning, obviously giving Denise something of a safety net in her uncle, was a little demeaning to their happily-ever-after. It just accentuated the sense of fragmentation I got throughout the series, along with plots and schemes piled on top of one another. I found the really interesting characters - Clara (Sonya Cassidy), for one - got their screen time but they deserved much more. Equally, I enjoyed Katherine's (Elaine Cassidy) difficult relationship with her new husband and step-daughter but it melted under the conspiracy plot.

When I reviewed the first series it was on a week night and I suggested it was typical Sunday night fare. They did move it for the second series but put it on at 8pm - not exactly what I had in mind. It works for Call the Midwife because that programme has a devoted following but a lot of people watching live just skip over the 8pm slot and tune in later as this household does. Perhaps it was too late to save The Paradise after lacklustre first series figures caused by dodging scheduling. It's a shame but, as I said, not unexpected. 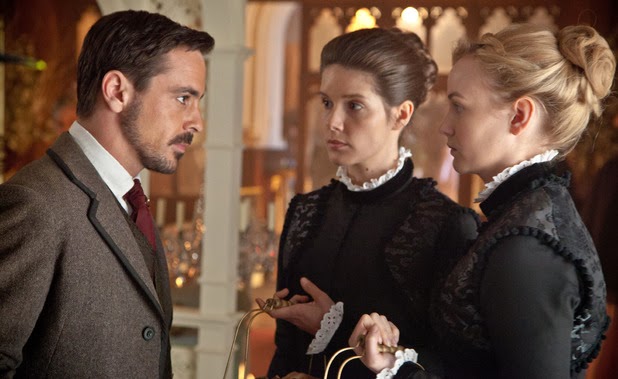