Double Indemnity stars Fred MacMurray as Walter Neff, an insurance salesman who gets drawn into a woman's plan to kill her husband for the insurance money. Phyllis Dietrichson (Barbara Stanwyck) is enticing to Neff and, together, they exact a plan to kill her husband in an accident which would trigger the 'double indemnity' clause of the insurance contract they have tricked him into signing. As an insurance salesman, Neff knows what works and what doesn't. He thinks he's developed the perfect crime but one kink in the armour and the shrewd investigations of his boss, Barton Keyes (Edward G. Robinson), throw a spanner in the works.

The tension of this film comes not from 'will they get caught' or 'who did it'. The film opens with Neff struggling into his darkened office and recording a confession for Keyes. From then all, it's all about how he got involved, how he tried to execute the plan and how it went wrong. It's about seeing how the dynamic changes between Neff and Phyllis and his growing friendship with her step-daughter, Lola (Jean Heather). Double Indemnity triumphs easily on this score: it's always interesting and small touches add to the tension throughout.

Even though the two protagonists are essentially unpleasant, the dark dynamic between them is what makes the film so good. Barbara Stanwyck was a revelation to me, having only previously seen her in the comedy The Mad Miss Manton (1938, reviewed here). There's so much going on behind the eyes that it's easy to think Phyllis is a blank but Stanwyck plays it very cleverly. MacMurray is as solid as usual and the rest of the cast fit in brilliantly.

This is definitely a classic and definitely a film I'm going to watch again. I think on second viewing I'll enjoy it even more. 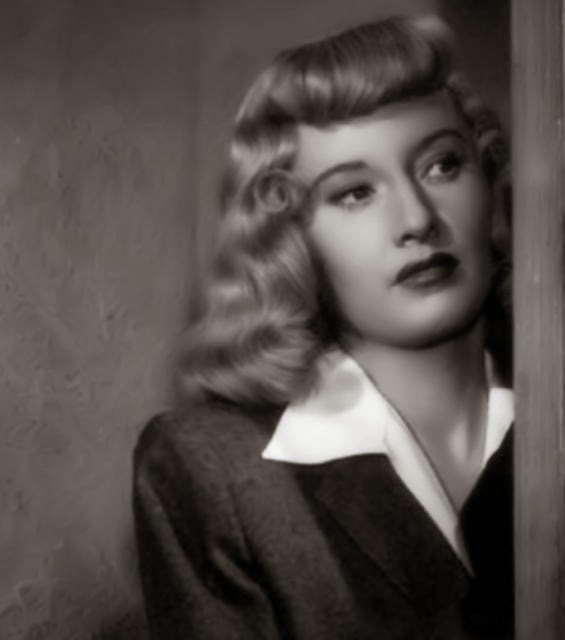