Utilising flashbacks, From This Day Forward tells the story of Susan (Joan Fontaine) and Bill's (Mark Stevens) marriage and the difficulties their face both before the war and in the present with Bill waiting in line at the employment office. It's a slice-of-life domestic drama which also features Rosemary DeCamp as Susan's sister Martha and Harry Morgan as her husband Hank.

Although this film gets it right in places, it's a bit of an unshapely mess designed to promote the work the US Employment Office was doing post-war. We start with Bill filling in forms and he doesn't want to do it for whatever reason so we get flashbacks to his engagement and early married life. The problem is that there's no real urgency in the narrative. We don't find out Bill's 'fear' about why he won't get a job for quite some time and, by then, it's ceased to matter. There's no real on-going thread beyond the marriage and that gets stale. Something else which irritated me was the representation of Hank. I appreciated his layabout nature in the majority of the film - it contrasted neatly with Bill's work ethic and gave a more negative portrayal of a marriage with Harry Morgan once again proving his worth as an excellent supporting actor. However, by the end of the film he seems to be a reformed character with no explanation of why.

The performances overall are good, however. Joan Fontaine might be a little miscast as a New York housewife but she's stunning in every scene and that more than makes up for it in my opinion. I feel as though the role of Bill could've been played by anyone but Mark Stevens makes a good job of it. In their early scenes, though, Rosemary DeCamp and Harry Morgan are just brilliant and it's their representation of married life which lingers more potently for me.

Overall, this film feels a little laboured but has some good moments. It would've been better had it not been a blatant piece of propaganda for a government office with a plot tacked on but Fontaine still sparkles. 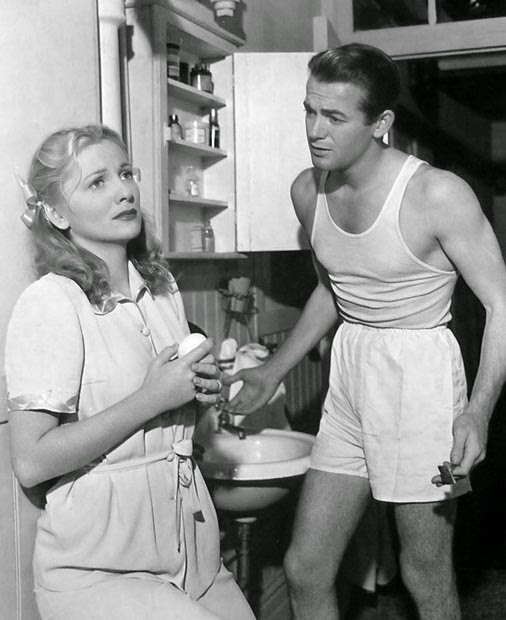