Murder on the Orient Express boasts an all-star cast in one of Agatha Christie's most-loved stories. Albert Finney stars as Hercule Poirot, the famous detective who is called unexpectedly back to London and so ends up on a train he wasn't supposed to be on. He encounters Ratchett (Richard Widmark) who is concerned about his own safety but Poirot declines to become involved. A few hours later Ratchett is killed, a fact discovered the next morning. While clues begin popping up, Poirot interviews his fellow passengers and an incredible story begins to emerge.

To give a cast run-down this film stars Lauren Bacall as Mrs Hubbard, Ingrid Bergman as Greta, Sean Connery as Colonel Abuthnot, John Gielgud as Beddoes, Wendy Hiller as Princess Dragomiroff, Vanessa Redgrave as as Mary Debenham and Michael York as Count Andrenyi. For me, the stand-out performance comes from Ingrid Bergman who captured me from her first few seconds - though that happens with most things I see her in. Utterly outstanding, getting better with age. Also, John Gielgud was outstanding but, again, that was expected. Really, though, every cast member puts in an excellent performance. Outside of the huge names, my favourite performance came from Jean-Pierre Cassel as Pierre, who actually brought me to tears.

I'm not sure Finney is my favourite Poirot (I grew quite attached to Peter Ustinov in Death on the Nile) but he certainly plays the part well. He accepts the quirks of the character and jumps straight into them and, for the most part, his interactions with the suspects are spot on. He is sublime in the final revelation scene and his interactions with characters there were perfect. The end of the film more than lived up to its potential.

What about the minor flaws? Well, I thought that rather too much time was spent getting the Orient Express moving, although I did appreciate the attention to detail in the first few minutes. However, after that I thought the pace worked well and every actor played their parts wonderfully. A good use of music throughout added to the effect but mainly this story requires actors immersing themselves into their characters. They managed that and therefore it was a complete success. 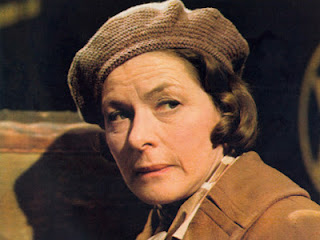 The book is one of the best of Agatha Christie's work. How a man can be murdered by someone behind a locked compartment door and with train in a standstill position amidst the snowy countryside how can he escape?? How the murderer can be tracked among the different passengers travelling? These are just of the few question that will hover your mind till the end. A masterpiece.