Also known as Spitfire, The First of the Few tells the story of R.J. Mitchell, the engineer best known for his development of the famous plane. It is half-fact and half-fiction, with some characters being amalgamated into one and some personal details changed. Released at the height of the war and approved by Winston Churchill, it was obviously a prime piece of British propaganda - but that doesn't stop it being a powerful film.

Leslie Howard, in his final film role, portrays R.J. Mitchell as a quintessentially British engineer, congenial but fiercely intelligent. He is joined by his friend and test-pilot Geoffrey Crisp (David Niven), who is a fictional character created from several real-life people. The film covers Mitchell's initial attempts to get a new competition plane off the ground then, after an encounter with Nazis in Germany, he devotes his life to creating a new type of war plane than will be effective enough to beat them in battle. The frame story is told by Crisp, meaning that an air battle can be shown at the end of the film - the natural result of Mitchell's work.

Because the story was so fresh, I'd imagine it was difficult for producers to delve completely into Mitchell's life. More to the point, they wouldn't have wanted to. That leaves the story a little light on motive and I think (I don't know) that the Germany scenes were included or enhanced to reflect this. There is more leeway with Crisp, who is a combination of people, and his frequent womanising provides some of the humour in what is essentially a dramatic film. His interactions with Mitchell's secretary, Miss Harper (Anne Firth), are very amusing. Rounding out the main cast as Diana Mitchell is Rosamund John and she fulfils the role of supportive wife very well.

The film jumps through time, as most biopics do, but it works as well as any of them. As a piece of wartime propaganda it is probably one of the best; as a dramatic film seen by a modern viewer it works almost as well. Niven is superb and this, as Howard's swansong, is a fitting remembrance. 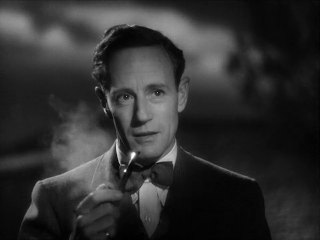